Larry Gray is Retiring after 37 Years of Service

This year there has been a noticeable increase in the number of cattle embezzlement and fraud cases across the country. The cattle market remained fairly consistent through the year, as other areas of agriculture profitability waned on news of tariffs, disease and trade issues.

We wish Larry the best on his retirement.

US District Court Rules in Favor of Nebraska Brand Inspection

ALTUS, Okla. — On April 12, 2018, Marty Robert Maahs, 33, turned himself in to the Jackson County Sheriff’s Department. A warrant was issued for his arrest as the result of an investigation by Texas and Southwestern Cattle Raisers Association (TSCRA) Special Ranger Scott Williamson.

In early 2017 Williamson initiated his investigation after being contacted by Frazer Bank in Altus. Bank officials were concerned of possible illicit activities by Maahs in connection to a bank loan valued at more than $1 million, in which he put up cattle as collateral. Through the course of the investigation Williamson discovered that Maahs had disposed of livestock proceeds without payment to the bank. The investigation also revealed embezzlement of livestock funds, false statement and representation of collateral to the bank and the sale of mortgaged personal property without payment to the bank.

The investigation led to three felony counts: embezzlement greater than $25,000, obtaining by trick or deception greater than $1,000 and chattel encumbered greater than $1,000. The three charges could land Maahs in prison for up to 23 years. He also faces possible fines of more than $15,000 and restitution to the bank exceeding $1 million.

After turning himself in on April 12, 2018, Maahs was booked into the Jackson County Jail. He was subsequently released on bond and is awaiting trial.

Financial crimes can have a detrimental impact on other law-abiding cattle producers. According to Williamson, when criminals defraud financial institutions, as alleged in this case, it can make credit harder to obtain and more expensive for others who rely on those same financial tools.

Click here to read the court's statement and official decision. 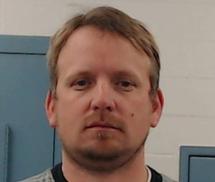 Click on the link below and fill out the form online, then print it to report a livestock theft. Completed forms can be faxed to: (303) 294-0918 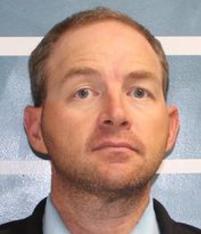 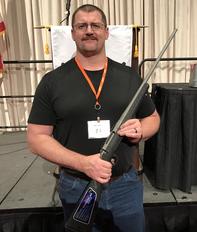 Congratulations to Joe Hopper, Siskiyou County Sheriff's Office, for winning a Ruger 22-250 Rifle from the Raffle at the 2019 Conference!

An Exeter man is behind bars after he was arrested in Texas on suspicion of cattle theft, investment fraud and embezzlement.

In business, a handshake can symbolize the closing of a deal or the start of a partnership.
For cattleman, the "Cowboy Handshake" symbolizes much more. It means loyalty, trust, and community.
But for one Exeter cattle broker, the meaning behind the handshake was lost in his greed, Tulare County prosecutors say.
On Dec. 28, Justin Tyler Greer, 36 of Exeter, was arrested on suspicion of grand theft, investment fraud, and embezzlement. Law enforcement officers believe he stole cattle and $1.5 million from cattleman in California, Colorado, and Wyoming, Sheriff Mike Boudreaux said at a press conference on Thursday.
“When that trust is broken, it shocks the consciousness of the community and the industry,” Boudreaux said. “We, at the sheriff’s office, take it very seriously when one man steals another man’s cattle and commits fraud.”
According to Boudreaux, Greer was a widely-known and respected cattleman in Tulare County for many years. He regularly bought and sold large numbers of cattle as a broker and managed several herds of cattle for various people across the county.
"There are generations of trust that have to be developed in running a business, running cattle or even coming into your land," Boudreaux said. "In this case, it was a very well-trusted cattleman in the cattle industry that had developed years and years of family trust and I think that's what hits us so hard. This was a cowboy's handshake of trust and trusting you with the family business."
In June 2017, seven victims from California, Wyoming, and Colorado contacted Tulare County Sheriff's Agricultural Crimes detectives with evidence that showed they had lost a combined $1.5 million through business dealings.
All seven victims named Greer as the culprit.

According to victims, in April and May of 2017, Greer did not pay them money they were owed, leading them to look closer at their business dealings with him.
Two of the victims issued audits into the numbers of cattle they owned that had been managed by Greer. The audits showed that hundreds of cattle had been stolen.
Others, who had partnered with Greer in cattle venture investments, said they later found that the cattle they invested in were either not Greer's to sell or never even existed.
Greer used the internet for most of his business dealings, which resulted in what Boudreaux called "21st Century cattle rustling and embezzlement at the highest level."
"We had to sort through thousands of financial documents," Sgt. Bobby Rader said. "We wrote and served over 26 search warrants in this case, 13 warrants for financial institutions, and eight separate institutions and over 22 accounts had to be poured over."
Detectives worked closely with the California Bureau of Livestock Identification Brand Unit, Tulare County District Attorney's Office and criminal investigators with the State of Wyoming Livestock Board. Working together, detectives learned Greer had shipped more than 900 head of cattle into Wyoming.
"Hundreds and hundreds of heads of cattle had been shipped up to very remote areas of Wyoming and were being run on that property without the proper permits," said Detective Randy Gunderman.

In early December, detectives discovered Greer at a ranch in Texas. It is unknown if Greer was in hiding, but Boudreaux said, "he made it difficult to find him."
Two days after Christmas, detectives traveled to Tarzan, Texas and met up with a Fugitive Task Force comprised of officials from the Texas Rangers, Midland County Sheriff’s Office, Martin County Sheriff’s Office, U.S. Marshals Service and Texas and Southwestern Cattle Raisers Association Special Ranger Unit.
"It's no longer the time where you can just go get someone's cattle back out of the field," Rader said. "You have to pour through thousands of pages of digital evidence."
Greer was arrested on Dec. 28 and extradited to Tulare County and booked into Tulare County Adult Pretrial Facility on Dec. 31.
Bail was set at $1.9 million.
"Our bail motion that we filled asked for legitimacy for any money that is offered to make bail be proven that it's not from the ill-gotten gains of this investigations," said District Attorney Tim Ward.

Greer is being charged with 13 counts of grand theft with special allegations, three separate counts of investment fraud, and a special allegation alleging since the dollar amount exceeds $500,000, this is a presumptive state prison offense, Ward said.
If convicted, Greer can face a maximum of 26 years in prison.

The 900 head of cattle illegally placed in Wyoming were later recovered by investigators.
The sheriff’s investigation of Greer spawned a parallel criminal investigation by the U.S. Forest Service, which is handling the investigation of the cattle Greer sent to Wyoming.
Because Greer was so widely-known and worked with so many local cattlemen, deputies believe there may be many more victims.
"This type of activity and cattle theft will not be tolerated in Texas, and I have to tell you, it will not be tolerated in California either," Boudreaux said.
The case is still under investigation.
Anyone with information about this case is encouraged to contact the Tulare County Sheriff’s Department at 733-6218 or anonymously through the TipNow Program at 725-4194 or tcso@tipnow.com. 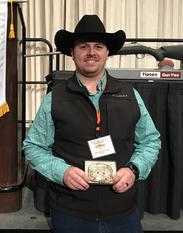 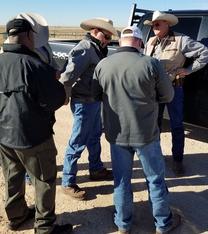 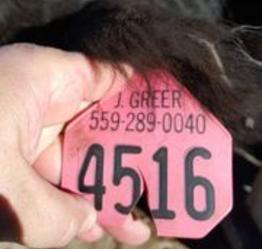